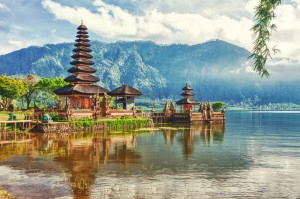 Bhutan is located in south Asia at the eastern end of the Himalayas.  This kingdom is bordered by China and India. The capital of Bhutan is Thimphu and was recently named the happiest in all of Asia and the eighth happiest in the entire world.

This kingdom’s landscape is quite varied; it ranges from subtropical plains to the heights of the Himalayas with some of its peaks soaring to 23,000 feet. There are rivers and deep valleys throughout the land as well. The climate and the diversity of the landscape of Bhutan give it a wide range of biodiversity and many ecosystems.  The area of Bhutan encompasses nearly 15,000 square feet.

The Kingdom of Bhutan is a rich cultural heritage.  This is in part due to its isolation from the rest of the world’s influence until the early 1960’s.  Its environment and culture have remained relatively unspoiled and because of this Bhutan has been referred to as The Last Shangri-La. The traditions and culture of the area is one of the main attractions for tourists. The majority of the population of Bhutan is Buddhist and much of the tradition of the culture is steeped in the religious heritage.

Citizens of Bhutan have no issue traveling abroad from their country and are free to do so, and entry into the country is free for Bhutanese citizens as well as citizens of India and Bangladesh.  However, it is not for foreign travelers.  Foreigners visiting the area are required to check in with a Bhutanese tour operator.  They will also be charged $250 per day that they stay in the country.  Although this seems like an exorbitant fee it actually covers the majority of your travel, accommodations for lodging and your meal expenses so although it does seem a little high nearly everything is covered and additionally you have a guide to tell you what are the must do things on your stay. For those traveling to the area you should be aware that the country as a whole has banned the sale of tobacco.  Bhutan was the first country in the world to do this under its Tobacco Act of 2010.