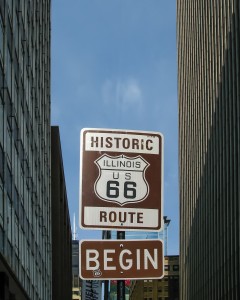 Litchfield Illinois is a lovely small city located in the heart of Montgomery County in the state of Illinois. Founded in 1896, Litchfield was first established in the early 1850’s when the railroad arrived in the area. Roughly 7 square miles in size, the city is home to only around 7,000 residents but despite this small size, Litchfield is big in terms of history and opportunities. From its Civil War history to its place in the world of the rail, politics, manufacturing, Route 66 history and now its recreation, Litchfield has and continues to have pride in its past and its future.

With so much to look forward to in terms of relaxing and enjoying the area, by far its most popular reason for travel is its place in history when it comes to Route 66. One of the original highways in the U.S. Highway System, Route 66 or US 66 has earned more than a few nicknames over the years. “Main Street of America”, the “Mother Road” and Will Rogers Highway are all other names for this over 2,400 mile highway which spans the country east to west. Beginning in Chicago the road historically made its way through the states of Missouri, Kansas, Oklahoma, Texas, New Mexico, Arizona and ended in Santa Monica, California. Today although many parts of the road have been altered or removed, many others are now preserved from development and change by their designation as a National Scenic Byway.

Route 66 is more than just a road but is a part of America’s history, so much so in fact that sites and attractions along the Route today are often preserved as historic sites themselves. This is true for a number of sites and area attractions in Litchfield. Top historic landmarks in Litchfield relating to Route 66 include: