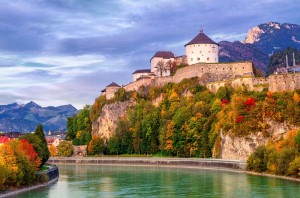 Eisleben is a town that is located in the Saxony-Anhalt state in Germany  in the eastern foothills of the Harz Mountains.  The city is divided into two areas the old and new towns of Altstadt and Neustadt.  The new town of Neustadt was created by the miners that lived in the area in the 14th century. The old or original city is quite ancient and was first mentioned in history as a market that was called Islebia in 997.  It was called a town by 1180.

The town belonged to the Counts of Mansfield’s for a number of centuries until 1780 when its ownership passed to Electorate of Saxony. It was then part of the Kingdom in Prussia in 1815.  After WWII it was declared part of the new state of Saxony-Anhalt. The town is famous for being the birthplace of the Protestant reformer Marin Luther. His father was a miner like most of the men in the area.  Martin Luther only liven is Eisleben until he was a year old, but he came back to the place of his birth by chance to give his last sermon and then died here in 1546.

One of the other aspects that give this town notoriety is that on June 6, 1927 it was where the first transatlantic passenger flight landed.  American aviator Clarence D. Chamberlain landed in a wheat field outside of town with his passenger Charles Albert Levine. Chamberlin surpassed Charles Lindbergh’s distance record that was set only two weeks prior.  Lindbergh had landed in Paris, France.

The town of Eisleben is considered the pioneer of what is called heritage tourism. The city started preserving the memorials of Marin Luther over 400 years ago in 1689.  There are both the house of his birth and the house of his death located within the city limits. They were both designated World Heritage Sites in 1997.  The city still has the original font of the church that Martin Luther was baptized, St Peter and Paul Church. St Andreas Church was the location of where he preached his last sermons at and still exists.

Where do you want to go? Do you enjoy historic destinations? Share your travel stories with us here at Bill Bailey Travel.