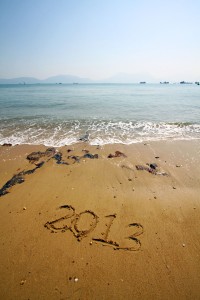 Known for its abundant sunshine, millions travel to the island of Tenerife each year to get away from the cold and enjoy the beauty and culture of this Spanish island retreat. Largest and most populous of the Canary islands, Tenerife is home to around 900,000 residents today. Hosting over 5 million visitors from around the world each year, Tenerife is also the host of one of the largest carnivals in the world today, the Carnival of Santa Cruz.

Economic and tourism center of the Canary’s, Tenerfie is perfect place to relax and enjoy the sun, enjoy a taste sensation or try your hand at adventure. With relatively cost effective accommodations, it ranks high as a top destination for travel in 2013 as well. Take a look at just a few of the top destinations for travel within the island of Tenerife.

The North Coast – Home to a number of the islands top resorts, the north coast is also well known for its culture and tradition. Home to small fishing villages and larger resort style cities, this is where both the Sardine festival and the annual Carnival are hosted. Rich with architectural beauty, it includes many other popular attractions including the Casino, the Botanical Gardens and the Banana Plantation.

Other top attractions on the island today including water parks such as Siam Park, windsurfing at Barranco del Infierno, Hells Gorge and Adaje. The truly adventurous can take time to explore the vast expanse of the natural area around Montana Blanca or the Parque Rural de Anaga as well. Known for its scenery, a number of drives are also popular around he island as well including the drive the the popular destination of Masca or the trip to the top of El Teide by car.

Zoos and resorts, beaches and more, a trip to Tenerife is anything you want it to be.