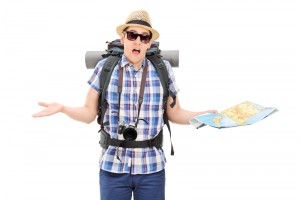 Stonehenge. The word inspires imagery of a megalithic monument of 150 stones, this long-ago abandoned display, perhaps purposefully placed in the Salisbury Plain of Southern England, sits holding the mystery of its origin. Some hypothesis it is alien in origin. Some believe the Druids used it as a calendar or sorts. Whatever the case may be, it can be agreed that it is awe-inspiring it is creation. The same may not necessarily be said about this copycat sister sites that exist in North America. William Bailey Travel invites you to take a closer look at 3 unique travel destinations not quite Stonehenge.

If you happen to be traveling near Natural Bridge, Virginia, be sure to stop and check out Foamhenge. This 14 foot tall Styrofoam replica of Stonehenge appeared on April Fool’s Day in 2004. The instillation was created by local artist Mark Cline. Cline’s unique outlook and artistry once included a fiberglass Dinosaur Kingdom. Cline is known locally for his April Fool’s pranks that one year included a life-size Russian submarine replica that he floated in the local lake. Nature Bridge, Virginia is located in Shenandoah Valley, just off Interstate 81 at exits 175 and 180-A.

Artist, Jim Reinders, had the opportunity to study Stonehenge while living in England. Upon returning to the U.S. he had a desire to replicate the site but wanted to find a unique way to do so. In 1987 with the assistance of family members Reinders found a way to create his own unique twist on the legendary site. Thirty-nine automobiles were used to recreate the grandeur of Stonehenge. Measuring roughly 96 feet in diameter the cars were placed in various positions to create the structure. Once the vehicles were placed and welded together, Reinders covered them in gray spray paint to match the texture of the original. Though we may not know why the Stonehenge was created, Carhenge was done as a memorial to the artist’s father following his death in 1982. More information can be found at carhenge.com.

Perhaps the best description of this tribute comes from an online forum: “Eight Airstream mobile homes, shoved into the Florida sod as an artistic tribute. Loved by everyone except its neighbors.” Often referred to as “The trailer park Stonehenge” this unique art piece is located outside of Tampa, Florida. Creator Frank Bates faced a two-year legal battle after his initial instillation of the ranch in 2008 as locals did not recognize the eight Airstream Trailers, buried nose down, as art, rather they saw it as a roadside junk collection. Since winning his legal battle Bates has had a steady stream of tourists visit the site annually. More information about the ranch and visiting times can be found at facebook.com/airstreamranch.