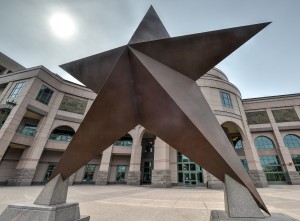 Austin, Texas has a lot to offer travelers. The music, the art, annual film festival, all of the programming of SXSW and the Driskill Hotel. With its Romanesque style and stained-glass dome, the hotel lives up to its motto “Timeless charm, modern sophistication.” When guests enter the building it is as if they are stepping back to another place in time. A time when things were simpler, more elegant, and grander. Some say that some of the guests from a simpler time never left the building. William Bailey Travel invites you to find out more.

The Driskell Hotel has a reputation for being one of the most haunted hotels in America. The grand hotel was built for a total cost of $400,000 in 1886. It was a brainchild of Col. Jesse Driskell and even has carved limestone busts of Driskill and his two sons adorning the hotel. It opened in December of 1886 and was chosen by the governor, Sul Ross, as a location of his inaugural ball (which has since become a Texan tradition).

Throughout the years the ownership of the hotel changed hands and was expanded to include 189 suites and guestrooms. It has 18,000 square feet of meeting space and facilities, can be used for meetings, exhibits, conferences and weddings. But the hotel is known as much for its folklore as it is for its grandeur. There have been various reports over the years of hauntings in room 525. The reported appearance of ghostly apparitions, unexplained noises, and whispered voices led to the room being closed for a short period of time. It is rumored that it is haunted by the spirits of two young women who committed suicide 20 years apart while staying in the room for their honeymoon.

The hotel staff has also reported the sounds of a crying woman on the fourth floor (allegedly the spirit of another suicide), the appearance of ghostly apparitions in hallways, and a documented case of the appearance of a young girl, the daughter of a Senator, who died while chasing her ball down the grand staircase of the building.

Whether you go for the ambiance, the curiosity, or the experience of old-time charm with modern elegance, the hotel has an experience for every traveler. Reservations and further information can be obtained by visiting their website at driskillhotel.com.