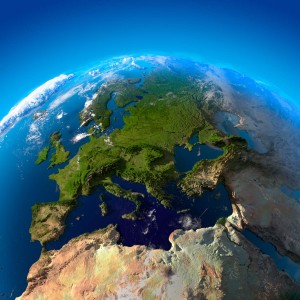 Europe is known for its museums, art, and other beautiful tourist spots above ground. However, there are also a number of distinct locations deep below city surfaces that are well worth exploring. William Bailey Travel invites you to check out these spots if you seek to tour a unique aspect of cultural history.

In the late 1700s millions of bodied were transferred from the overcrowded cemeteries of Paris to the catacombs beneath this city. Due to the sheer number of bodies that needed to be relocated, exhumed bodies were stacked on top of one in order to conserve space. The decision to do this ultimately created many miles of human-bone walls. The nearly 186 miles long facility entombs the remains of nearly 6 million French citizens. This hauntingly eerie historical burial ground is also an extremely popular tourist destination with waiting lines that can go in excess of two or more hours. The official website suggests that visitor’s visit Tuesday through Friday after 3pm as the wait times are less on those days. General information about cost and hours of operation can be found here.

Unlike the very public Paris Catacombs, the Capuchin Catacombs of Palermo were built as a simple cemetery for the monks of the monastery. When the Capuchin friars established themselves in Palermo in the 1500s they created a cemetery that was essentially a mass grave under the altar of St. Anne. The community began to grow and by the end of the century the mass grave was no longer sufficient to manage the deceased. The monks built a new cemetery with the intent of moving the bodies out of the mass grave. However, when they started exhumation they discovered that forty-five friars had been naturally mummified. The monks believed that this was an act of God and put the remains on display in the walls of the new cemetery. Initially the monks had intended for the burial spot to be for the order but seventeenth to the nineteenth century thousands of locals, including the wealthiest members of society, were buried there.

The Catacombs are open every day of the year from 9am-1pm and 3pm -5pm. Information regarding photography, admission price, and directions can be found here.